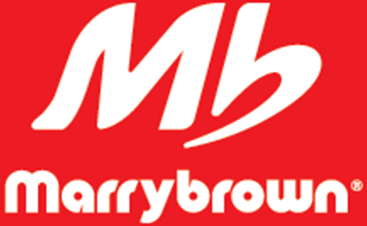 Despite the uncertain situation Malaysia is currently in, Marrybrown is still eager to crack the egg once again with an ‘egg-citing’ and ‘egg-stra’ flavoursome Egg-stra ONG Meal for their fans to usher in a prosperous Chinese New Year! Taking it up a notch, Marrybrown is also debuting as the first Quick-Service Restaurant (QSR) to launch Nestlé’s pink refreshing lemonade that will go hand-in-hand with the new festive menu.

Before the launch of the egg-citing menu, Marrybrown cheekily teased fans with a limited-time pre-order on Shopee for fans to get their hands on the Egg-stra ONG Burger Combo for only RM8.80. The pre-order proved to be a hit with eager Malaysians snagging up the deal and making it sold out in a mere 3 minutes after going live on the Shopee App on 16 January 2021, 12pm!

Given that this Chinese New Year falls in conjunction with Valentine’s Day, Marrybrown has dedicated itself to open the doors to a prosperous new year with a sweet yet playful theme – as turning the Egg-stra ONG Burger Meal pink not only represents the symbolisation of love, compassion and fun, it is also designed to add colours to the meal along with Nestlé’s Pink Lemonade.

All promotional meals come with a generous serving of Marrybrown’s Salted Egg sauce which has proven to be a hit with Malaysians’ taste buds last year. The pink Egg-stra ONG Burger Meal is also effortlessly complemented with French fries, while the Egg-stra ONG Chicken Combo includes their ever-so-buttery mashed potatoes and vegetable salad.

Priced from RM15.00, this year’s ‘Egg-stra ONG’ meals are made extra special as it comes with the exclusive thirst-quenching cup of Nestlé’s Pink Lemonade which is made only available at Marrybrown – a special drink by Nestlé that emanates a refreshing lemon taste with a twist of lychee that would make one hankering for more.